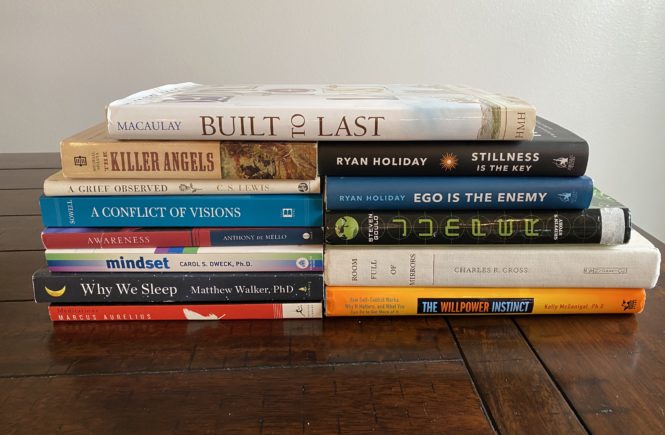 I didn’t quite read one a week like last year, but I came close—finishing at 48. Here were my favorites:

Why We Sleep by Matthew Walker, PhD – Packed with research on why you need to get more sleep, this is the book I’ve recommended the most from this list. It convinced me to get an extra hour of sleep every night.
Emerging from this research renaissance is an unequivocal message: sleep is the single most effective thing we can do to reset our brain and body health each day—Mother Nature’s best effort yet at contra-death.

Awareness by Anthony de Mello – This is essentially a transcript of several talks given by a Jesuit priest and therapist over 30 years ago. Perhaps my favorite book of the year—it might join my list of annual reads.
Favorite line: Anytime you have a negative feeling toward anyone, you’re living in an illusion. There’s something seriously wrong with you. You’re not seeing reality. Something inside of you has to change. But what do we generally do when we have a negative feeling? “He is to blame, she is to blame. She’s got to change.” No! The world’s all right. The one who has to change is you.

The Killer Angels by Michael Shaara – A historical novel that provides a great play-by-play of the Battle of Gettysburg.
Favorite line: But he was fighting for the dignity of man and in that way he was fighting for himself. If men were equal in America, all these former Poles and English and Czechs and blacks, then they were equal everywhere, and there was really no such thing as foreigner; there were only free men and slaves. And so it was not even patriotism but a new faith. The Frenchman may fight for France, but the American fights for mankind, for freedom; for the people, not the land.

A Grief Observed by C.S. Lewis – This is the journal C.S. Lewis kept for several weeks after his wife died of cancer at the age of 45. His faith is shaken initially, but he eventually finds his way back. It’s a short and powerful read.
Favorite line: He always knew that my temple was a house of cards. His only way of making me realize the fact was to knock it down.

Mindset by Carol Dweck – The author splits people into two mindsets—fixed and growth. Those with a fixed mindset don’t believe they can improve and so end up defending their natural talents. Those with a growth mindset realize they have the ability to improve and do so. This has huge implications for raising children: If parents want to give their children a gift, the best thing they can do is teach their children to love challenges, be intrigued by mistakes, enjoy effort, seek new strategies, and keep on learning.

Built to Last by David Macaulay – If you ever wondered how castles, cathedrals, or mosques were built, this is the book for you. Macaulay uses the same illustration style that made The Way Things Work (one of my all-time favorites) amazing.

Shogun by James Clavell – More historical fiction based on true events. An English sailor is shipwrecked in feudal Japan in the 1600s—where the Portuguese have a trade monopoly. The story was gripping, but I really enjoyed the immersion into Japanese culture and philosophy.
Favorite line: Karma is the beginning of knowledge. Next is patience. Patience is very important. The strong are the patient ones, Anjin-san. patience means holding back your inclination to the seven emotions: hate, adoration, joy, anxiety, anger, grief, fear. If you don’t give way to the seven, you’re patient, then you’ll soon understand all manner of things and be in harmony with Eternity.

A Conflict of Visions by Thomas Sowell – I had to read this after Tony Venhuizen called it “the one book to read to understand today’s political issues.” He was right.
From the preface: We will do almost anything for our visions, except think about them. The purpose of this book is to think about them.

Jumper by Steven Gould – This is the first in a series of science fiction novels that explores what it would be like to be able to teleport. I read the whole series this year, never making it more than three days without finishing one. I just couldn’t put them down.

Stillness is the Key by Ryan Holiday – This the third in a trilogy of similar books based mostly on stoic philosophy. I read all three this year, enjoying this one the most. Ego is the Enemy was also great.

The Willpower Instinct by Kelly McGonigal – This book provides a well-researched view of what willpower is and techniques for improving it. I plan to return to my notes often in 2020.

Room Full of Mirrors by Charles Cross – This is a biography of Jimi Hendrix. Sex, drugs, rock and roll. An outrageous story and eventually, a tragedy. Honorable mention goes to similar story in Bruce Lee: A Life by Matthew Polly. Unfortunately, Bruce wasn’t the guy I grew up thinking he was. Good to know. 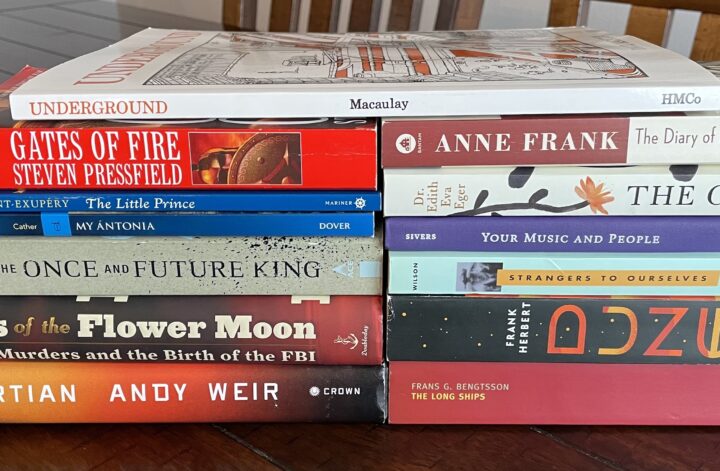 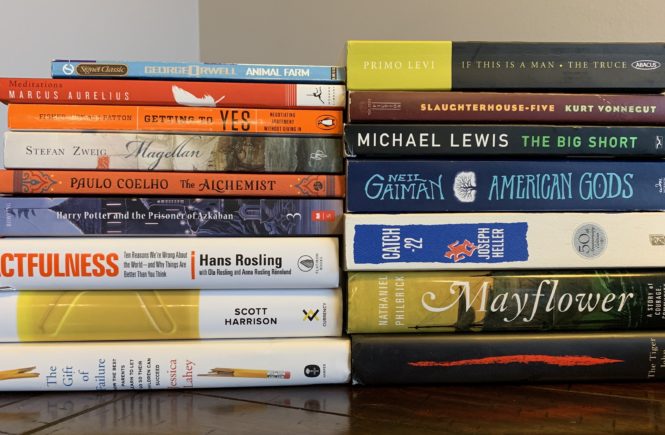 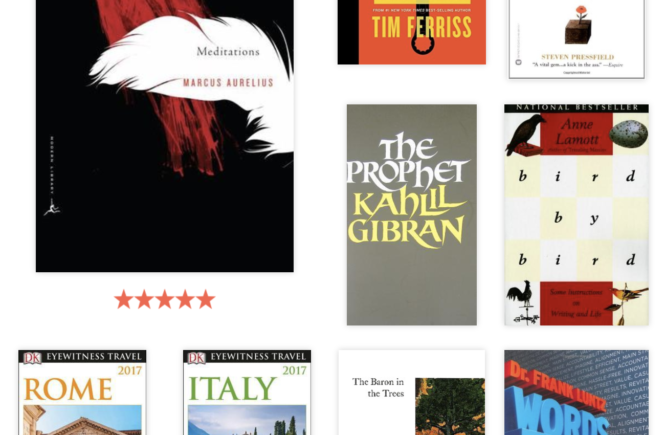